I wanted to go camping ‘cos I thought it would be nice.
I organized a tent, some bottled water and some ice.
I had such lovely thoughts about the fun that would transpire
As I relaxed in nature, sitting cozy by a fire.

The first mistake I made, though, was I didn’t bring a bed.
I’d hoped that leaves and twigs would help me rest my weary head.
So as you can foresee, I had no chance to rest my eyes,
But that was for the best, ‘cos that was not my sole surprise.

I’d packed some crisps, some crackers, jerkied beef and juicy pears.
It was to my dismay I learned that those attracted bears!
At just past three AM, you would have seen me start to shake,
I ran with flailing arms and dove head-first into the lake.

Now here’s the third dilemma I encountered on my trip:
I thought the lake would be a clever bear-deterring dip.
However, it was winter, so the lake was topped with ice,
And plunging into that was neither smart nor very nice.

At this point I was shaking out of fear and very wet.
And really, hypothermia was quite a valid threat.
I wrapped myself in blankets, and I made some tea to sip,
And then, at last, decided I would quit my camping trip.

So feeling very sorry, very cold, and not real bright,
I packed up all the tent pegs in the middle of the night.
I took one final look at where I’d camped and nearly died,
Took two steps up the back-door stairs and then I went inside. 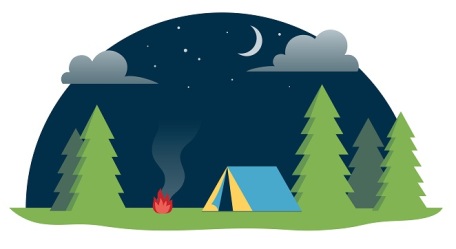 I’m fighting for simplification
Of literature and oration.
Of syllable cuts
For lexical nuts
Enamored with agglutination.

It’s only through clear definition
We will supersede this tradition
Of muddied-up clauses
A clear lack of pauses
Impeding ideas and cognition.

So join me in fighting for phrases
That leave us with knowledge, not dazes.
I hope that you see
Such simplicity
Deserves our regard and our praises! 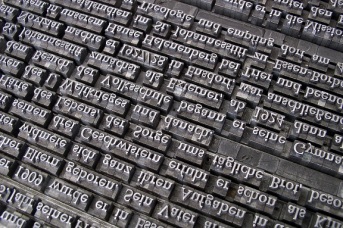 (This poem can be read two ways; read the bottom two lines to find out more!)

You know I hold no grudge, it’s not as though
You broke my precious train set just for fun.
I know you meant no harm. I’d never go:
I simply can’t forgive what you have done.
For you are so mature that no one states
You act your age at only six years old!
I never think you’d act like we aren’t mates;
I never thought you’d be that brash and bold.
You did not know the truth. I cannot say
You knew I only got it just last week.
I saw your disappointment and dismay
You watched a tear roll slowly down my cheek.
It’s merely just a toy. I’d never state
Our many years as buddies have to end.
In fact, I think this day’s made us best mates,
And so, you will no longer be my “friend.”

But no. I’ve reassessed. That train was mine.
So now, go back and read each second line.

I saw a friendly magpie and she twoodled out a song.
It made me feel like all was right and nothing could go wrong.
I dropped a bit of sandwich and she pecked and picked it up,
And now she hops behind me like a tiny spotted pup.

She doesn’t seem to realise but the silly girl can’t bark.
She does, however, like it when I take her to the park.
And though I do not keep her in a cage or on a lead,
She hops along behind me, quite obedient indeed.

She wakes me up with warbles and she sings me lullabies.
And just this morning, on my stoop, I got a grand surprise.
‘Cos though she has no fingers, sporting just a beak so small—
My smart and loyal magpie friend has learned to fetch a ball!

My neighbor was always a pain
She loved any chance to complain.
She’d whinge ‘bout the heat,
Then next time we’d meet,
She’d make a complaint ‘bout the rain!

“No, wait!” she shouted anxiously while tugging at my sleeve.
“You can’t go now!” she whimpered. “I do not want you to leave!”

But Nancy was their teacher. “Get a grip, you’re sixty-four.”
“But sir—your kids are monsters! I can’t take it anymore!”

Dear Mom, I have some information that is rather grave.
I got it in a very urgent call.
The hospital laboratory said I must be brave,
In order to avoid demise and pall.

The doctor on the line said, “I have never seen a list
Of symptoms and of woes as bad as yours.”
I’ll save you all the details Mom, I’ll tell you just the gist:
He said that I’ve got allergies. To chores.

“No dishes,” he commanded. “And no laundry,” he prescribed.
I’m sure you’ll see that this affliction stinks.
“No vacuuming,” I promised. “And no mops,” I sadly sighed.
“No cleaning up of toilets or of sinks.”

I know the outlook’s dreadful, now whatever shall we do?
I’ll miss the mowing; polishing; the broom.
I ‘spose that’s it for me, Mom. Since I’m feeling extra blue,
You’ll find me watching TV in my room. 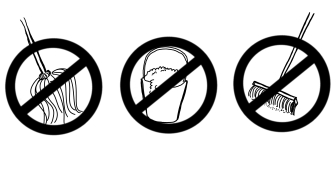 It’s rare to see unbridled glee but there’s a special time
That children’s faces sparkle, full of joy
It’s all the rage for every age, it doesn’t cost a dime,
Absurdly fun for every girl and boy.

It happens when it rains and then on pavers, paths and tiles
Sit puddles, cold and wet, their beckon wry.
With rainboots on they yell, “Come On!” and jump with cheers and smiles
The splashes barely missing passersby.

Now humans all, both big and small, will find it quite a treat
To jump and splash and play a little more.
Don’t fear the crud, the cold and mud, or getting soggy feet
Because that, my friend, is what rainboots are for!

The scream, shrill, wakes me—
Breaks my calm.
I hate my alarm.

(Lune poems are poems with a 5-3-5 syllable structure) 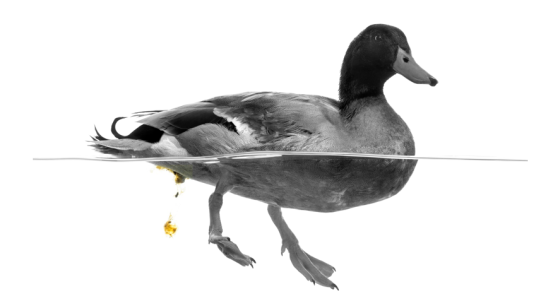 If you’re like me and sometimes you have quite unlucky days,
You may have been bombarded by a bird.
It may have been quite sticky, and dribbled down your front:
It’s often an extraordinary turd.

It may have been bad luck, and you may be simply cursed,
It may have had no reason and no rhyme.
But I think that your doo-dooing was part of an event.
I think that it was Bird Pooplympics time.

The Annual Bird Pooplympics are quite a fun affair.
They start with Bird Poo races (always fun).
The next event’s my favourite—the Synchronised Release
Where poops land in a pattern, one-by-one.

Of course there’s Bird Poop Hurdles—where birds must duck and weave,
Leaving little turds along the way.
However, it’s the Archery where all the birds take aim
At you and me, to decimate our day.

So when the next white dribble falls upon your lap,
Don’t shake your head, complain, or start to cry!
Yell at the offender. Shake your angry fists.
Shout “Do Pooplympics elsewhere!!” at the sky.